We are using a range of online video options so please get in touch to have a chat. 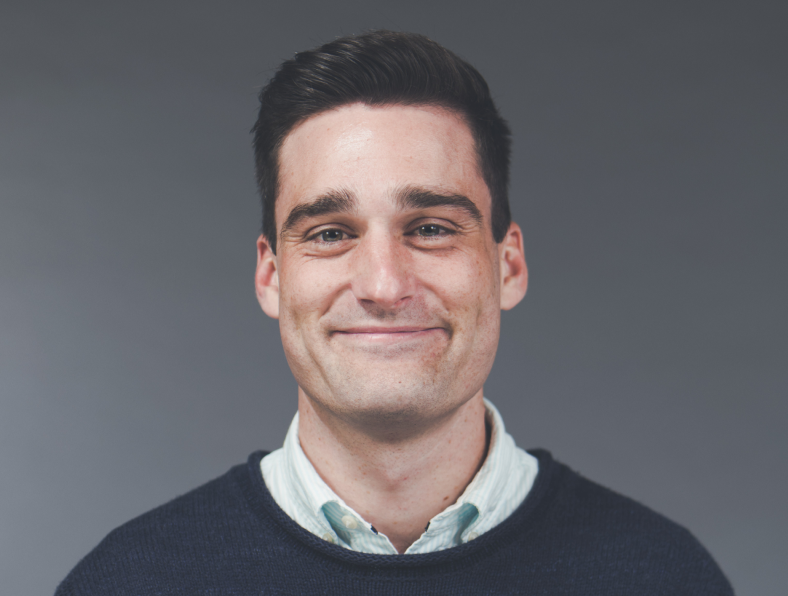 Why not give us a call and see how we can help you with your project?

Elevate your business decisions with jargon-free, fact based expert tips and advice 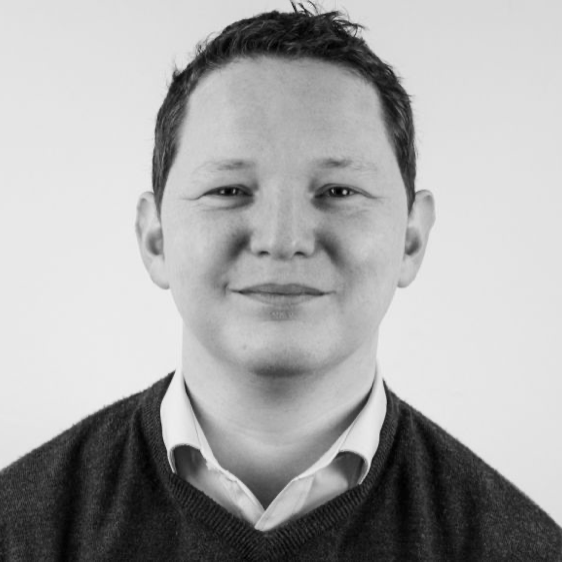 Google have just rolled out new look 'ads' in mobile and desktop search. The green ad icons next to previous ads from advertisers have been replaced with black 'ad' tags. This change has been rolled out on both mobile and desktop devices worldwide. Every Google search page has changed as of 13 January 2020, but what does this mean for digital advertising, and more importantly, what does this mean for your business?

Why have Google changed the SERPs (Search Engine Results Page)?

Google Ads is a huge revenue stream for Google. In 2018 Google's ad revenue worldwide amounted to almost $116.3 billion (US dollars). It's a simple equation: more clicks on Google Ads essentially means more revenue for Google or its owner, Alphabet inc.

So it comes as no surpirse that Google have a history of continuing to blur the line between Google adverts (paid-for traffic) at the cost of organic listings (free traffic).

There is strong anecdotal evidence to suggest than many users have skipped over clicking on ads in favour of clicking on organic listings. If users are unclear which result is an advert and which result is an organic listing, Google may profit by receiving more clicks on their adverts. Now this might only make a marginal difference, maybe 2-3%, but it's possible that this equates to billions of dollars in extra revenue for Google!

Google were split testing this change for months before deciding to roll it out across their network, so it's fair to say they likely know this will have a positive effect on their bottom line. But what you need to know is: what effect can it have on your business and your websites prospects?

Do you remember when Google looked like this? Amazingly, this was only back in 2011! Back then there were only a few Google ad slots on the results page, and these were clearly marked out in yellow, making it much easier to spot them. Google ad revenue was growing fast and there was still potential to dedicate more space in the future to advertisers.

2011 | It's pretty clear where the adverts are located at this point in time. 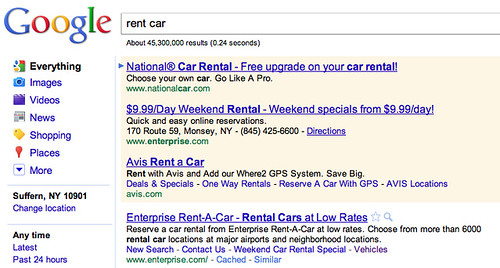 Then, in 2014, more space was devoted to ads which were set to one side in a column on the right. This increased the available amount of advertising slots on screen. However, the clickthrough rates on the ads in this column were minimal. Users got used to the ads on the right being less relevant, with most of the clicks concentrated on results on the left of the page. If Google wanted to grow their advertising revenues another change was needed.

2014 | The yellow boxes are gone and replaced with small yellow ads tags.

From 2016 to early 2020, Google Ads used a new layout. The bright yellow ad labels were replaced by green ad labels (displayed next to the similarly coloured display URLs). These green ads were designed to be less noticable and to blur the line between the ads and the organic listings. During this period, Google also made significant changes to the organic search listings, in some instances reducing the number of free "organic" listings down from 10 to just 6 or 7.

2016 | The yellow ad tags are replaced by green tags and the right ad column has been removed.

Finally we reach 2020, where Google have continued the trend of blurring the lines between paid ads and organic ads. Google have also introduced favicons for organic lisitings which are the exact same size as the Google Ad tags. The company says it’s part of a clear plan to make it simple to see where information is coming from, but how? Google claims that companies' branding can now been shown front and centre but will a tiny favicon really help increase clickthroughs? Or is this part of a wider plan to blur Google Ads and organic listings and increase clicks on adverts? We will let you decide.

2020 | All colour has been removed from the ad tags and URLs blending ads in with the organic listings.

We have explored how Google has a history of subtly changing the results pages over the years.

It's likely that Google have made this change to benefit their bottom line and increase clicks to their advertisers. However, any extra boost in traffic to advertisers must come from somewhere and is probably at the cost of organic traffic.

Google Ads will always be favoured

Google Ads are not going away. Google search usage is rapidly reaching saturation point with nearly everybody owning mobiles or desktop devices. So where is future Google Ads revenue growth going to come from?

Over the years, Google has been gradually dedicating more premium space to ads and bluring the difference between ads and organic listings. This latest update seems to have muddied the waters even further.

Organic listings will always be runners-up

On top of the recent Google Ad changes, Google is dedicating less and less space to organic listings, with some search results only showing 7-8 results instead of the usual 9-10 listings. There are businesses that we work closely with that have been affected directly by these changes.

Relying on being position 8 for an organic listing used to guarantee you a first page position, but not anymore. Holding postion 8 could see you drop to page 2.

If your answer is 'I'm not sure' to any of the questions above, give us a call and we will be happy to assist.

I need help with…

What does web design entail and why does it matter?

What is Digital Marketing - & why your business may need it

What is Statamic CMS - and why we use it

Everything (well, 5 things) you ever wanted to know about Facebook advertising

Don’t have enough time in the day to do everything yourself?

Why not give us a call and see how we can help you with your project?

We would love to talk to you about your project